HOMOPOL is a short film about the situation of the LGBTQ + community in Poland. It grants a glimpse into the political conditions in the country and puts them in an artistic context. Doing that Pawlica finds a descriptive physical language for it.

The idea sprung from a question of nationality and identity and how these two go together. As a Polish migrant, Pawlica grew up between cultures and always had difficulties identifying with one of the two cultures. In addition there was the sexual identity, which is also perceived as problematic by the broader Polish population.

From this thought the wish arose to give hope, but at the same time to show the grievances in a society that is located in the middle of Europe and ignores European values. In numerous interviews with activists, emigrants and people living there, Pawlica captured these turbulent times in Polish society.

A short film that crosses the boundaries between documentary and art film. A film about love, hate and hope.

This project shows the view of a polish homosexual cis man living in Germany, embracing his sexuality and expressing his views through body language. Projects are funded by: 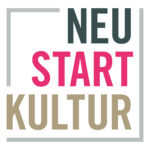